Frank Venis is a native of New York City and a former naval officer.  After serving on a Destroyer and a Minesweeper, he first moved to the Chicago area when assigned to Naval Station Great Lakes from 2001 to 2003.  After graduating from the University of Illinois College of Law, he returned to Chicago to practice law.  He worked for a tox tort defense firm and now concentrates his practice in bankruptcy, civil litigation, education law and criminal defense. 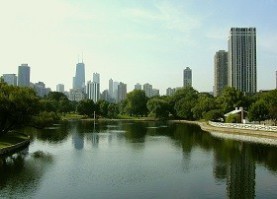